It was the perfect winter’s day in Old Fort Bay for an adventure! The grade 1 & 2 class climbed up Granny’s Hill to go sliding. 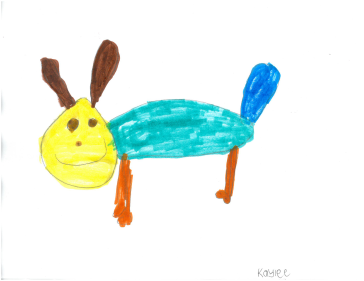 Now Destiny and Alyssa were alone at the top of the hill. They yelled out “HEEEELP!” Six foxes, one wolf and a hummingbird heard them and came to their rescue!

They scared Destiny and Alyssa, and the girls sled down the hill to be with their friends. Suddenly, all that action caused an avalanche! Everyone was buried in snow! Luckily, the hummingbird heard the trapped children and was able to dig with his beak. It took a loooonng time but they were all rescued. Everybody was happy and the grade 1 & 2 class decided to adopt the hummingbird as a class pet, his name was Humminghero!