Reduce, Reuse, Recycle! We are students of École St. Augustine School and on this page we will be posting quotes, articles, and interviews in the hopes of encouraging fellow Coasters to get involved and see the importance of recycling in our communities!

We chose this because humanity must start realising that we only have one earth. If we don’t start taking care of the earth now there won’t be one left. We need to start worrying less about money and more about the environment because if we don’ worry about our environment we won’t need money then. Single-use plastic is the worst for our environment. If we don’t begin to recycle it’ll be too late.

By Sammie and Gia

Are you interested in recycling and trying to find new ways to recycle old products? Did you know that only 34.3% of the American population recycles waste according to a study done in 2013 by the United States Environmental Protection Agency? It’s a quite low percentage; maybe you’re thinking that Canada is better than America. Well according to the weather network, 90% of plastic used in Canada isn’t recycled, that means only 10% is! I hope the following ideas inspire you to begin or continue recycling. Recycling changes something used into something beautiful.

Snack Container: You can use old coffee creamer bottles as a snack container

Planter: use the bottom of a 2 liter bottle as a container to put your soil within.

Laundry detergent bottle into a watering can

The ideas above are quite inspiring and seem easy to construct. I’m sure that with a bit of creativity and willpower, recycling can become a daily habit. It may not seem like it, but every time we reuse and recycle something, we are saving our home; the Earth.

By Jaylyn, Keathon and Mason

Change in our ways

In 1950’s it was proven that around 8.3 billion tons of plastic have been thrown away throughout the world and only 23% of that has been either recovered or recycled (Council of Ontario, 2018). We as humans take things for granted and react before we 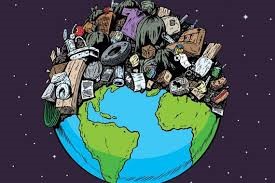 think for example, we throw away things were ever we please with no regarded of the consequence of our actions. Our consequence to this action of just throwing things away on the ground in our lakes, rivers and oceans has come, our earth is dying, and we are to blame! However, there is still time with the government implanting new laws and bands that will help save our earth, a place we call home.

By 2022 the Canadian government will be banding single use plastic. This is a good thing because 87% of single use plastic ends up in landfills and only 9% is recycled (Parker. L, 2018). This something we need to happen if you were to look at the National Geographic it said the around 12,000 people disagreed with this new band. What are we not seeing? We need this; we need to stop using all this plastic. Did you know when plastic decompose it not actually gone, they are just tiny bits of plastic floating in our water lying in our ground. When you take a drink of that “natural spring water” you are consuming large amount of tiny plastic. In 2050 scientist believe that plastic will outweigh the fish in the ocean (Parker. L, 2018). According to “Greenpeace Canada” Canadians generate at least 3.25 million tons of plastic waste (Chin, J. 2018).

With all new bands being past to help reduce our plastic soon hopefully we will stop need plastic that cannot be reused. As we get closer and closer to the point of no return from pollution, deforestation, climate change, extinction of some animals we still have a chance to stop of this. It has been said that all over the world people are replanting trees, making machines to clean up the plastic in the water, and the honeybee well so many places around the world are making bee sanctuary.

As our earth continues to fight a good fight it is our turn to tag in, let’s make sure that there will still be an earth for generation to come to enjoy as we once did.

Council of Ontario, 2018. Received from https://wrwcanada.com/en/contact-1

By Harley and Beverly

Two outstanding artists by the names of Jean-Claude Rochette and Josée Girard taught students at St. Augustine School a very important lesson today. They put on a fascinating play called “Arthur s’en va en guerre” and it was breathtaking. Although the play was in French, they always assured that we understood the moral of each scene.

They left us with a remarkable message to remember. All of their props from their play were made of plastic and recycled items. They made so called trash into objects that were free to be reused. Something that appears to be so worthless can be made into something extremely convenient. Coming from us, we believe that they sent a very incredible idea and the population should start thinking this way.

Unbelievably, if we were to all begin to style our thoughts like this, the world would be a much better place to live in. Picture this: you’re walking down the street and you discover that there is no garbage in sight, your eyes are aesthetically pleased, you take a deep breath in and it actually smells like nature. Pollution is reduced, plastic is reused and everything is recycled. In the words of Barbara Ward, we have all forgotten how to be good guests, how to walk lightly on the earth as its other creatures do. We ask you to please follow in the footsteps of Jean-Claude and Josée and reuse items as much as you can. Make a difference and spread the word, reduce, reuse and recycle!

By Brooklynn and Kolin

We can save our planet for the better and start using only reusable objects, such as bags, cups, straws, rappers and even diapers. It would slow down littering a lot and we will save land and sea animals every day. If we don’t use these reusable items, we will be killing many animals because they eat it, suffice from a plastic bag and all the plastic we use every day lead to destroying animals houses in trees, caves and under water. Turtles also often mistake plastic bags as jelly fish. When a plastic bag is under water it had the same form and movements as a jellyfish so when they try to go and consume it, it kills them by suffocation. For example, over HALF of the world’s population of turtles have consumed plastic. And over 100 whales are beached a year due to plastic waste. It sometimes kills them underwater and they float to shore or they simply run from plastic to shallow waters and die there.

By Yoan and Brayden 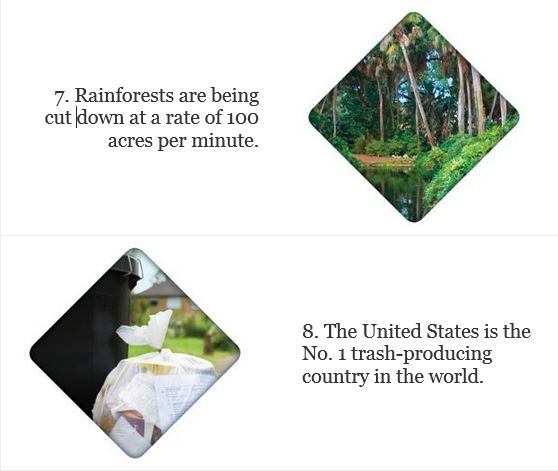 By Nash Driscoll and Ethan Boland

Are We Killing The Earth?

Each year more and more plastic is produced, each year more and more plastic waste gets dumped in the oceans or thrown into a dump yard, furthermore the amount of plastic that gets recycled within a year is close to none. There is a way this can be helped, help us save our planet. Many organisations exist with the goal of banding the use of single use plastic, recycling used plastic and lastly cleaning our oceans. These organisations are helping our planet, our oceans, our animals and lastly us humans.

We have chosen to talk about the non-profitable organisation called 4Ocean, in this article you’ll discover interesting facts about this organisation and who they are, plus their mission. 4Ocean’s mission is to remove as much plastic from our oceans as possible. Andrew Cooper and Alex Shulze are the two guys who founded this organisation. Their team manages to remove 3000 pounds of plastics from the ocean each day. In less than two years they were able to take out 4509174 pounds of plastic waste from the ocean. This organisation sells products such as reusable bags, water bottles and bracelets which they had created from recycled plastic from the ocean. These past two years their organisation has been thriving more and more each day.

In the end if we don’t do something our  earth will die and it will be our fault.

Flow of plastic through the coastline

According to the National Geographic, 18 billion pounds of plastic waste flows into the oceans every year from the coastal regions.

That’s the same as five grocery bags of plastic trash sitting on every foot of coastline around the world.

Speak for the ones without a voice

Are you informed of climate change? Are you afraid for yourself and your loved ones? What about the ones without a voice? Animals; animals are also a part of our world and are being affected by climate change as well. We probably won’t be able to stop climate change but we can help those suffering because of it.

Both marine animals and ground animals are affected by the increasing heat in the world; climate change. Recycling can help lower the growth of this.

If you’re thinking for yourself and can imagine life without animals, you should know that your life wouldn’t be as comfortable if they go extinct. You’ll lose certain foods and materials which you probably use daily.

Animals can’t speak for themselves so we have to stand up for them. Reuse, reduce, and recycle! Join us and speak for the ones without a voice.

How Could We Help?

Explaining how the school of St.Augustine help the environment. Talked about by Kameron Driscoll, Sam Driscoll Mckinnon, and Ethan Boland.

What is this world going to be like in ten years? Do you want your kids to live in a world 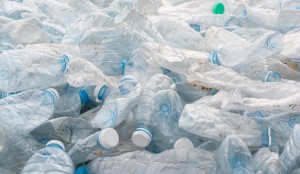 of garbage? What could we do to help this world? The first thing we need to do is recycle. Recycling is the number one way to help this world for the better. Recycling help reduce the making of new bottles and bottles are one of the most single use plastic on this earth. Another thing we could do is make the world aware of our situation of our earth and what will happen if we don’t do anything. Just getting the facts out there is something to help change our current situation. Finally, letting everyone know how they can help, such as reducing the use of plastic. For example 4ocean is a company that reuse plastic found in the ocean and makes bracelets out of it; they are demonstration to the world that you could make a business out of reducing plastic and it make the world more appealing to live in.

According to the Sea Turtle Conservancy: “Over 1 million marine animals die each year by ingesting or getting tangled in plastic debris” 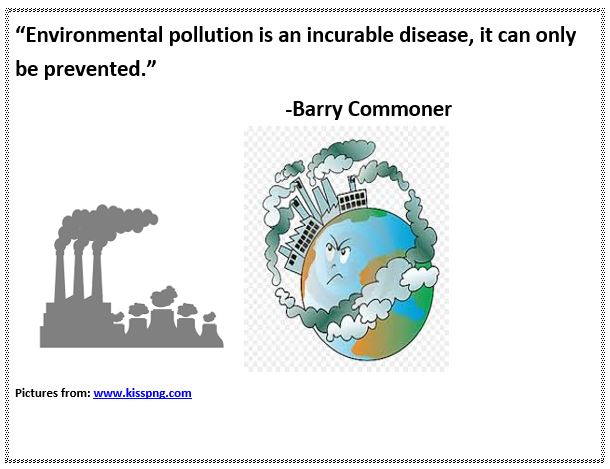 By Jaylyn, Keathon and Mason

Do you know that millions of straws are used in McDonalds in Canada? In America, there are over 500 million straws being used every day. And plastic straws are one of the top five trash items found on beaches and in the water by the reports that were made since May 24th 2018.

Different item that were found that you can use other then plastic straws are bamboo, glass, stainless steel, paper straws and even maybe biodegradable straws. If you are lucky enough and live where the papaya leave steam grows, you can use the papaya leaves as a beautiful natural straw, for example for special fancy kind of drinks (Grey,2018).

If you would like to watch a 2 minute video about the devastating effects of pollution click here.

By Maggie, Nash and Kolin

By Harley, Brooklynn and Beverly